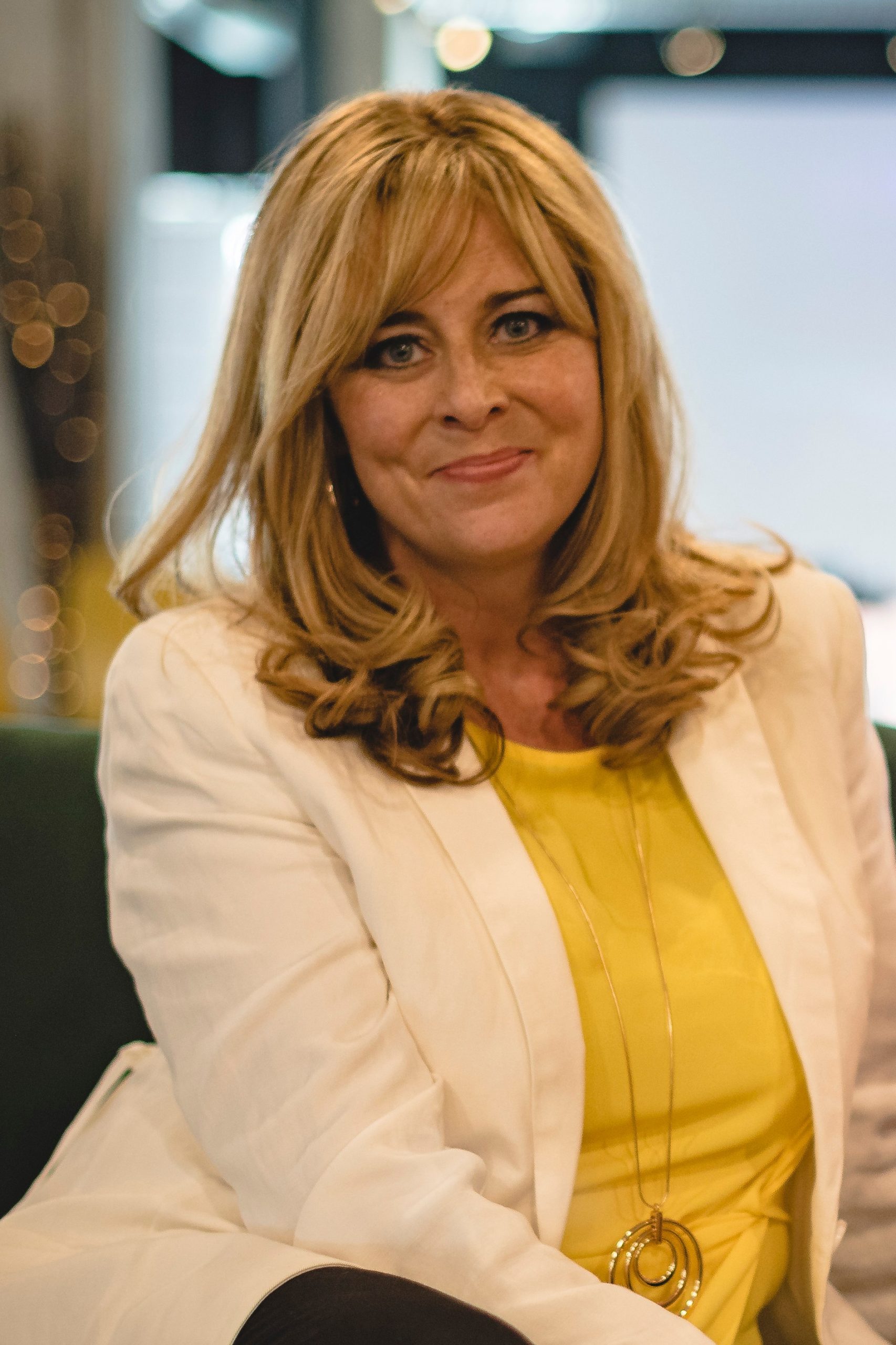 From Bootle to Bristol and from Redcar to Ruislip, CEO and Co-Founder of Aurora, Dawn Paine, discusses how we can unleash the power of social inclusion for the advertising industry beyond the London bubble.

With some form of normality returning to the world and business re-opening, I found myself at long last travelling back to London from Liverpool recently, very pleasingly, for my first WACL Executive Committee meeting. It got me thinking and reminded me of all those times at the start of my career, of the rather uncomfortable excitement and frisson of anticipation that I felt as a young female Scouser making business trips down to the centre of the UK advertising and marketing industry.

Bouncing out of a red brick University, with a good degree in Marketing and a shiny extra-curricular CV to boot, I still remember one of my first job interviews. I came from a very deprived, Boys from the Blackstuff style suburb of Liverpool and whilst we had very little money, was fortunate enough to have wonderful parents who imbued in me a love of learning. My mum was a cleaner, my dad a builder, so we couldn’t afford that new killer interview suit. I wore one of my mum’s. Yet despite this, I was ready, confident to talk through why I would be pitch perfect for that role and talk through my skills and abilities. Sadly, a mere 5 minutes into the interview, suddenly the focus veered away from my academic achievements, my role as College President and my skills and into a rather different territory. Did I attend a grammar school? What kind of place did I come from? What occupations did my parents have? Perhaps unsurprisingly I didn’t get the job. Their loss.

I have been lucky enough to have carved out an interesting and often challenging career at the helm of brands in the gaming and entertainment sectors which have been far too long the bastions of middle class, male, London centric archetypes. Many times, I was probably seen as brave, bold, opinionated and “feisty”, (the less said about that word the better) but deep down, I was sometimes feeling that age old imposter syndrome, a working class woman sat at the top table of global business. Did I really belong? Was my voice truly being heard? I doubt very much anyone had any clue these limiting thoughts were swirling around in my brain – and to be honest, I managed to ensure they never did hold me back. But yet, what saddens me is still the huge disparity that exists in the advertising industry and the lack of opportunity for working class, non male, non middle class, non white voices in our industry. Something that was eloquently called out by Sarah Jenkins 3 years ago The class ceiling must be shattered but still remains a huge industry challenge.

We, of course, know that homogeneity is the killer of innovation and irrefutably the antithesis of a truly diverse and inclusive culture both in society and business. What is bonkers is the incredible pool of talent that exists beyond London and the South East. There is so much more to modern British life beyond the London bubble, with start-ups, entrepreneurs, brands, change-makers and ad leaders dotted across the length and breadth of the UK.

Beyond the Watford Gap

In our industry, we claim to understand the world. But if we take a close look at the work coming out of it, we often get a sense that the world mainly revolves around London. Undeniably, London is a vibrant and diverse city. It is the home of many agencies, brands, industry bodies and the media infrastructure that brings them all together. You could even say that it is the creative capital of the UK. However, it is not Britain and it is definitely not the world.

According to research, 56% of non-Londoners feel that the way they’re portrayed in ads doesn’t resonate with who they are, emphasising that brands are too London-centric when it comes to advertising. A further 32% felt that Northerners weren’t shown as often in ads as campaign developers were catering to their own ‘regional bias’. Or worse still, terrible caricatures. I still cringe at agency creative work depicting out of date Shirley Valentine style models as the modern day depiction of Liverpudlian women.

And what about our talent, our workforce? 51% of graduates in the North want to stay in the region. Taking that into account and the need for diverse voices in a team, businesses and employers should be more vocal and double down on efforts to highlight the presence and value of the creative industry in the area. Moving to London is an important goal for some, however, moving to progress in the industry should be optional and not conditional. And with the geo-levelling by-product of Covid, businesses no longer have to be reliant on a 5 days a week, physically present workforce. Let’s embrace the hybrid models and allow our geographically diverse, non-privileged talent to shine.

For sure, things are improving to a degree, with wonderful examples of companies such as Channel 4 and WPP, paying more attention to creative clusters growing across Liverpool, Manchester and Leeds. We also see a huge growth in brands outside London – from Sky’s major office in Leeds to the booming e-commerce sector led by the likes of NW Brown and Very driving a bustling brand scene in the North West. The North West has the highest creative cluster outside of London, with Greater Manchester home to 19,000 digital, creative and tech companies.But far too many companies still continue to keep their hubs in London, perpetuating the talent drain into the capital. There is no doubt that many agencies and brands are too London-centric. Talent is equally distributed across the nation, however, opportunity isn’t. And diversity is central to the success of our industry. It shapes and mirrors the world we inhabit. Let’s make it a real mirror and let’s double down on our efforts to once and for all shatter that glass and indeed class ceiling which still prevents us from unleashing the creative power of our country – whether you’re from Kensington or Kirby.

For sure, the creative sector has undergone drastic changes in the past few decades in challenging the narratives and stereotypes that we have of certain groups. Many people still underestimate the power of the creative sector in playing a large part in that. Wonderful organisations such as WACL, NABS and our trade bodies play a crucial role in championing that change. But there is still so much work to do. At the May 2021 Creative Rise conference, David Lammy talked powerfully about the ongoing lack of diversity being yet another instance of social exclusion and the endemic issues around giving different voices a platform to shine.

There is now a massive opportunity for agencies and brands to re-imagine the very concept of location and against the post Brexit backdrop of a highly regionalised model of Britain. The notion of a unified version of a British consumer is clearly defunct and let’s not forget the huge economies of scale and sheer creative edginess that exists and flourishes outside the South East. It is crucial to understand different people across the length and breadth of the country by actually being there. Being present, living and breathing the beautiful cultures, ecosystems and embracing our socio economic and regional diversity, will only take our advertising and more fundamentally our understanding of modern Britain and society to the next level.

Location is however not the sole, magic bullet. To truly face into the class issue head on, as identified by the much needed All In Census, “we also need to improve the very experience and representation of talent from working class backgrounds”. This essential piece of work from the Advertising Association, in partnership with the IPA and ISBA, is their “first fully confidential and aggregated industry census” to help build a better, inclusive industry for all. A plaintive ask for companies to sign up to and embrace the Social Mobility Toolkit is an important step and do, please sign up to receive it when it is published Creative Sector Toolkit – EOI (tractivity.co.uk). But it is of course a much wider and expansive issue. Systemic issues around education, onboarding practices, the need for unconscious bias training as standard, changes in recruitment and the drive for more flexible working models are all areas that need to be addressed. And that’s without the additional problem of how we actually retain that talent. We simply have to change the sobering statistic that All In has unearthed: people from working class backgrounds represent a measly 19% of the advertising industry versus 39% of the working population.

Necessity is the mother of invention

Campaign recently wrote about the adland talent crunch – and called some fantastic examples of innovation in new ways to hire and consider diversity through a broader and more multi-faceted lens than gender and ethnicity to enable talent and young people from across the UK to join and drive the future of our industry. Pioneers such as Karen Blackett with her trailblazing apprenticeships programme have also helped pave the way to newer models such as the UM Futureproof Academy and the smart use of the government Kickstart scheme to recruit a more diverse talent pool. And even beyond class, how can we better serve our truly vulnerable communities, people with talent and a passion for our industry who come from disadvantaged backgrounds beyond class? How can we find and support them, whether through grass-roots initiatives or the leadership of social mobility pioneers scattered across the country?

Yet there is so much to do. The human story was perfectly summed up by one of the All In launch speakers, visual artist Israel Kujore, who talked about that deep rooted need to belong but yet be true to oneself and how culture can at worst, make one feel like an insider where “the assimilation itself feels at odds with your own authentic self”. That rather existential sense of being forced to fit in rather than being welcomed, unapologetically and unashamedly for who you are, irrespective of what school you went to, or who you know, has got to change.

And in case you’re wondering, no, I won’t nick your hubcaps.